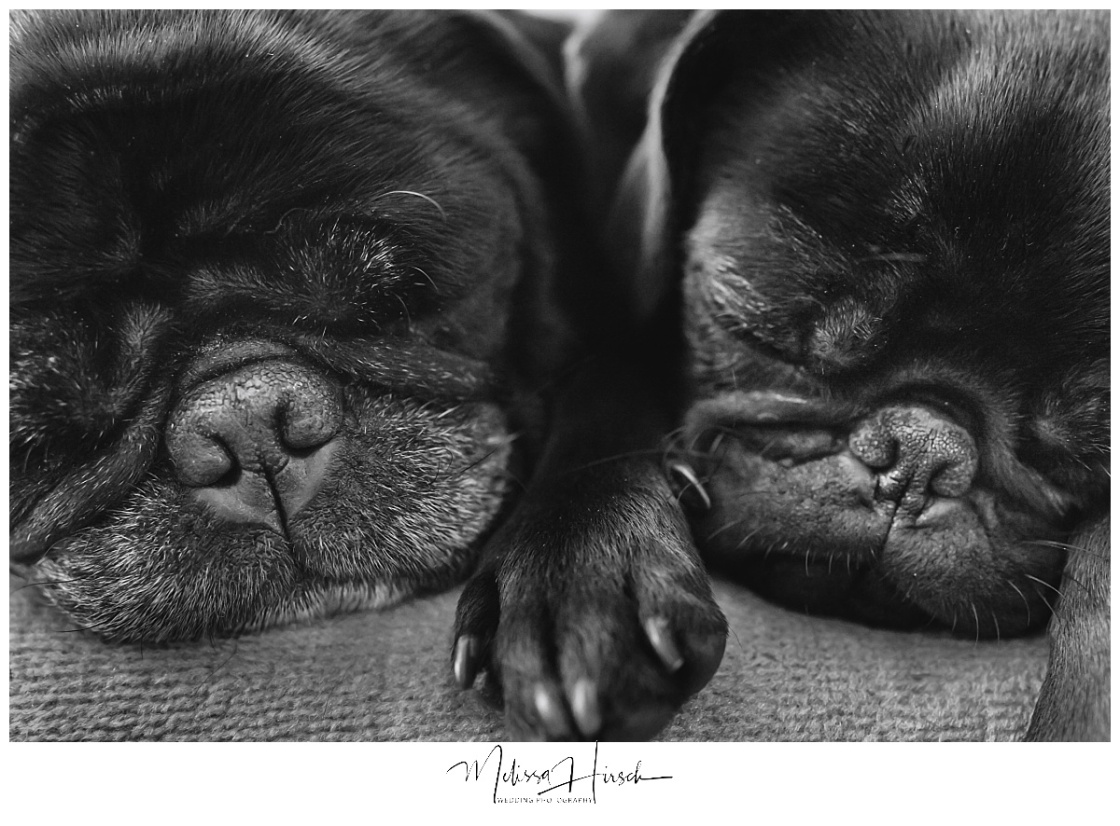 You know that I’m an artistic Colorado wedding photographer, but did you know how much I love pugs?!

Growing up, my family had two different pugs: Kaci and Ella. We got them as little puppies. They were wonderful doggies.

I always knew I wanted my own pug, but while I was in college and then grad school, I wasn’t in the position to be a responsible dog owner.

However, when I was one year into my grad program, I got a phone call. My mom was driving through town and saw a sign at the local vet: FREE PUG.

It was Quine. She got him, and Kyle and I drove up to Ohio from Atlanta to pick him up. That was seven years ago!

Quine was named after my favorite philosopher, Willard Van Orman Quine. I was in philosophy grad school at the time – don’t judge me 😀 He’s nine years old and loves sleeping, eating, garbage (sometimes), snuggling, and walks. Also, he loves enormous dogs that are aggressive towards him. He dislikes baths, getting his harness on, and when Scout tries to steal his bone for attention.

He’s a winner. And he’s definitely more Kyle’s dog than mine.

He’s slowed down quite a bit, being an old dude. For the last couple years, we were seriously considering getting another pug.

After lots of attempts and false starts (and a near Craigslist scam), we found Scout. Also in Ohio. (That makes three out of four of us from Ohio, for the record.)

Scout is an affectionate and adorable psychopath. She’s so full of love but extremely mischievous and just thirsty. If you reprimand her, she wants your love even more. She will gnaw on Quine’s ears one minute and lay next to him lovingly the next. She’s 8 months old and extremely shy but simultaneously full of bravado.

I don’t want to brag, but she really loves me. That’s definitely a reflection of me and NOT because that’s what dogs were LITERALLY created to love humans. Right? Right.

One thing that totally shocked me about bringing a puppy into our home and having TWO dogs under one roof is the sibling rivalry. It’s eerily human.

I’ll give both dogs a chew. Their very own chew. But Scout will NOT want whatever chew I gave her. She’ll want Quine’s. And Quine does not want to share. So they will honestly fight over it. Tell me that doesn’t describe human sibling interactions!

Do you have dogs? Do they act weirdly human? How did they join your family? I want to hear all about them in the comments!

PS If you came here looking for wedding photography, reach out today and make sure you download my FREE guide!

Thanks for stopping by. My name is Melissa, and I’m an artistic Colorado Wedding photographer.

I love bright colors, real moments, and pugs, among other things.

Let’s be real, finding your soul mate is the BEST, but wedding planning isn’t easy.

Consider this blog YOUR resource!  I’m passionate about sharing tips, tricks, and insights to planning your wedding – especially your artistic Colorado wedding photography.

Have a question I haven’t answered? Leave a comment on this post, or send me an email.

Can’t WAIT to hear from you. Happy Planning!